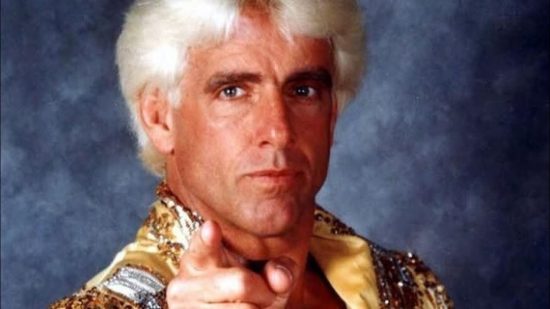 Ric Flair, a WWE Hall of Famer, is no longer featured in the introductory video package that airs before WWE TV programming. The intro video begins with one of Flair’s trademark “Wooos,” but that line was missing from the video that preceded tonight’s RAW broadcast. Furthermore, in the last several days, WWE has pulled all of Flair’s products from the WWE Shop. As of last week, the WWE Shop offered many Flair things. As of this writing, a search for Flair’s name returns 0 results. This is noteworthy since on September 10, WWE Shop began accepting pre-orders for the $999 limited edition Flair Legacy replica belt. Only 500 Flair Legacy belts were made, but the page on the WWE Shop website has been removed.

Following the removal of the first episode of WWE’s animated Story Time series from Peacock and the WWE Network, the company has made the following measures. The programme was taken down last Friday, the day after Vice’s Dark Side of the Ring series aired a segment on the infamous WWE “Plane Ride from Hell” in May 2002, which included multiple charges against Flair, all of which he has denied. Flair mentioned in the Story Time episode that he travelled to Hawaii in 1986 and had six flight attendants attempting to persuade him to strip down to his robe. Flair revealed that he doesn’t “wear anything under my robe” and made a remark about the chief flight attendant’s enormous chest. These alterations are thought to be the result of the backlash from DSOTR’s “Plane Ride from Hell” episode.

Last week, it was announced that Flair’s Car Shield advertising had been halted due to the “Dark Side” controversy. The ad agency in charge of the commercials even published a statement about the campaign’s suspension. However, one of the commercials, the one with LA Knight, was shown during this week’s RAW. That could have been due to watching USA Network on Hulu Plus, but the promotion was suspended last week, according to a statement released last week.

1 year ago admin1
No Thoughts on WWE pulls Ric Flair from the TV Intro, Flair Merchandise and WWE Story Time