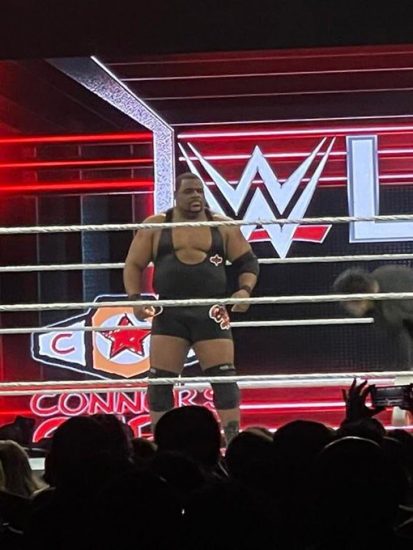 Before this week’s WWE RAW at the PNC Arena in Raleigh, Keith Lee revealed a new moniker. Lee was introduced as Keith “Bearcat” Lee after winning a squash match against a local enhancement talent prior to Monday’s RAW.

Bearcat Wright, a prominent African American pro wrestler in the 1950s and 1960s who was posthumously inducted into the WWE Hall of Fame’s Legacy Wing in 2017, is thought to be the inspiration for the nickname. Bearcat Brown, an innovative African American wrestler who mostly performed in the Memphis area in the 1960s and 1970s, may have inspired the nickname.

Lee’s beard has also started growing back in recent months, as evidenced by the photograph above. This past weekend, Lee went back on the road with the RAW brand, defeating Akira Tozawa at non-televised WWE Supershow live events and playing the heel.

Before last Friday’s SmackDown, he defeated Shane Thorne. Lee hasn’t been seen on WWE TV since his August 2 RAW victory over Karrion Kross. According to reports, WWE continues to book Lee in RAW and SmackDown dark matches in order to determine out what works best for him when he returns full-time.