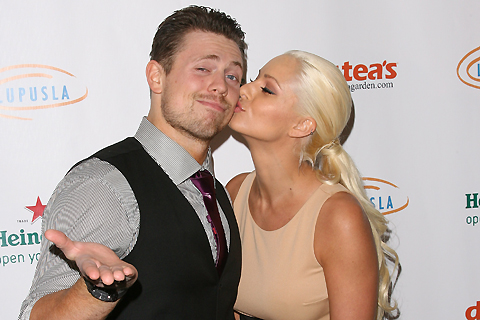 The real name of The Miz is Mike Mizanin. He entered the world of showbiz with an appearance in the reality show The Real World, hosted on MTV. He studied at Miami University. During his years as a student, he had the chance to meet a former player of the Red Hawks, Nick Jardine, and also some professional wrestlers and bodybuilders. Soon, he discovered that this is the path that he wants to follow, especially because people around him encouraged him to do so.

Today, he is a part of RAW, in WWE, being a part of the Tag Team, along with John Morison, being the first WWE champion from the Deep South Wrestling division. He became the host of Diva Search, in 2006. He decided to be a villain in the competition, and this decision was an inspired one, as the SmackDown talent scouts were looking for a character like him. He was also lucky to find Morrison without a partner, and the deadly combination between those two fighters was proven as deadly, winning the title since their first year on stage, in front of Matt Hardy. He is also the host of a weekly show of WWE, which makes fun of the latest roosters chosen by the WWA scouts.

9 years ago admin1
No Thoughts on The Miz Biography