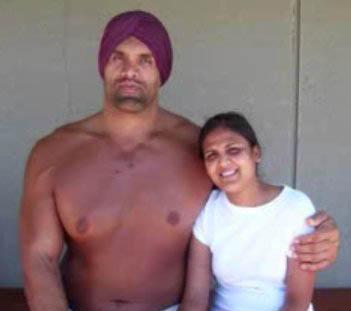 Dalip Singh Rana was born in 1972, being known in the wrestling world under the name The Great Khali. He is a wrestler and an Indian actor, currently fighting under the SmackDown division. In the past, Khali was the winner of the Heavyweight title, which he lost later in front of Batista, in a Triple Threat match. Khali brought the concept of Punjabi prison in Wrestling, which was immediately adopted by others. The giant Khali has an impressive stature of 2.21, but even so, he lost his most important game against the “animal” Batista. In Wrestlemania 28, he was involved in a Battle Royal game, which he lost against Kane. After this event, he had a conflict with Big Show, which leaded to a game between those two in the pay-per-view event Backslash, which was eventually won by Khali.

Khali is not one of the most successful wrestlers in WWE, but his stature and appearance brought him many fans. Moreover, he is an exotic appearance, being the only Indian fighter in this competition. Khali is about to end his career, but he promised his fans many surprises until his official retirement game. He still has the potential to win the WWE title, so this fighter might still have something to say on the Wrestling stage.

9 years ago admin1
No Thoughts on The Great Khali Biography