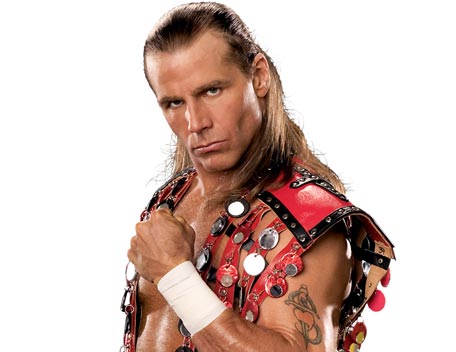 Shawn Michaels is one of the veterans of professional wrestling no longer associated with WWE, having left the organization in March 2010. He started his career way back in 1988 as part of “The Rockers” and gradually became one of the true superstars of the professional game.

Though his wrestling accomplishments are many, Michaels is often remembered for the battle with Randy Orton (Unforgiven 2003). At the time, Michaels was billed as the Heartbreak Kid, but Orton was considered the up-and-coming young lion in the field. Many commentators at the time considered this the true beginning of Orton’s reputation as a Legend Killer.

Shawn Michaels is the ring name of the man born Michael Shawn Hickenbottom in 1965. He worked under the World Wrestling Federation (WWF) and World Wrestling Entertainment (WWE) banner from his debut in 1988 until he retired from competition in 2010. Before wrestling with WWE he worked with Mid-South Wrestling and the American Wrestling Association (AWA). He and partner Marty Jannetty won the AWA tag team title twice. They moved to the WWF, returned to the AWA and then ultimately signed on with WWF in 1988. Michaels remained for more than 20 years. 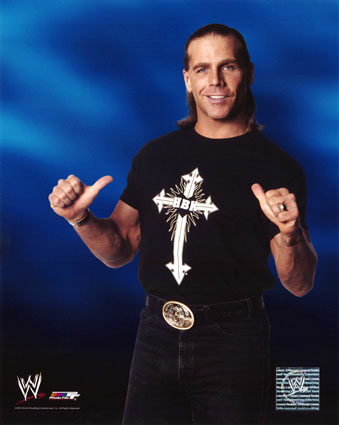 Michaels was associated with the D-Generation X group for a time, a group of wrestlers that included Triple H and Chyna. He opened a wrestling school following a back injury but returned to the ring in 2002. One of the highlights of this second part of his career was the Unified WWE Tag Team title (with Triple H). Michaels has won the world-champion title four times and the WWF title three times. He won the Royal Rumble twice (1995 and 1996). He also holds the distinction of being the first wrestler to be named WWF Grand Slam Champion.

Shawn Michaels was born to the Hickenbottom family in Arizona. He also spent a short period of his youth in England due to the fact that his father was in the military. Biographical material for Hickenbottom notes that he grew up in Texas, where he began to be called by his middle name rather than his given first name. 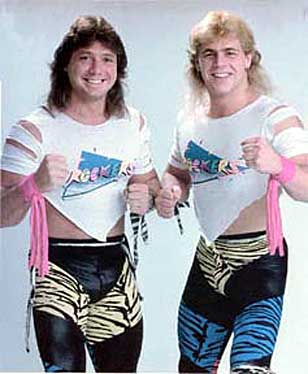 Michaels played football in high school and attended college in Texas for a short time. But he knew from a young age that he wanted to be a wrestler, especially in the professional world that combined wrestling with entertainment. According to WWF/WWE history The Rockers (Jannetty and Michaels) were especially popular with women and children in the audience. They were often featured on pay-per-view and regular television shows.

Michaels wrestled as The Heartbreak Kid for several years in the early 1990s. He changed his ring personality slightly, becoming cockier and adopting the tag of “villain” in many of his matches. He was often referred to having “left the building,” an obvious association with the late, great Elvis Presley. He was WWF Commissioner for a time in the late 1990s but continued to wrestle actively for several more years. He returned to WWE action and was a popular attraction in events until his eventual retirement at the age of 45.

8 years ago admin1
No Thoughts on Shawn Michaels Biography