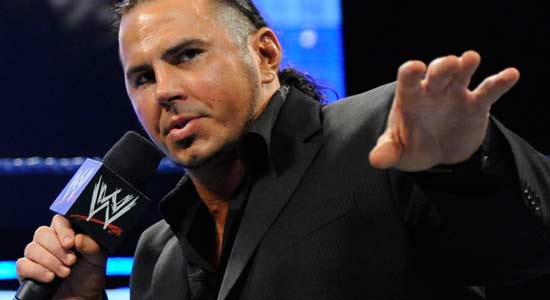 For some fans of professional wrestling, Matt Hardy’s career is difficult to separate from the career of his brother, Jeff. The brothers worked together early in their careers to form the Organization of Modern Extreme Grappling Arts (OMEGA) but like Jeff, Matt eventually signed with World Wrestling Entertainment (WWE).

Matt Hardy has established himself as a great wrestler apart from his brother, with individual championships early in his career. He won the ECW individual championship in 2008 and also took several other division titles. But most of the fame for the Hardy family comes from the brothers’ success as a tag team. On the list of accomplishments are six World Tag Team Championships, one WWE Tag Team title and one WCW Tag Team title.

During the time the brothers were working on their own they formed the Trampoline Wrestling Federation (TWF) and then started OMEGA. Matt Hardy used the ring name High Voltage but had to change that to Surge. The brothers are probably best known for their time as the Hardy Boyz, a huge step up from the “jobber” status the younger brother once held. In 1998 the brothers first received full-time work with WWF.

They trained with legendary wrestler Dory Funk, Jr. and worked their way to an association with The New Brood (Gangrel). This was followed by time with manager Terri Runnels, who managed the two until Lita took over as the Hardy manager. This was known as Team Xtreme. During this period the brothers “feuded” with Christian and Edge, taking two tag-team championships along the way. 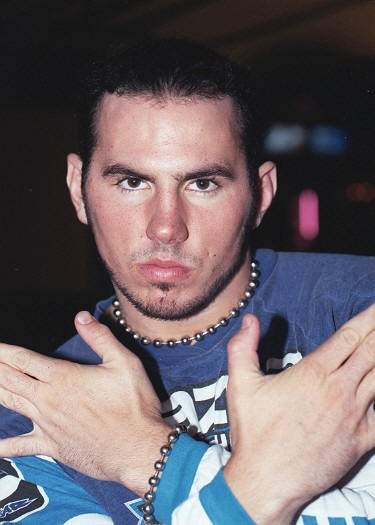 Matt Hardy pursued a successful singles career from 2001 to about 2005. He won the European title during that time and held the title longer than any other American-born wrestler. The brothers won the tag-team title again during this period. Matt also became associated with SmackDown! He trimmed down to fight in the cruiserweight division and won the title in 2003.

Matt was released from his WWE contract in 2005, a move that prompted fans to call for his re-instatement. He returned in short order and faced former manager and friend, Lita. The confrontation ended with Lita walking off the set of that show. Matt officially returned to perform under the WWE banner in August 2005.

Jeff and Matt joined forces in 2006 and 2007 to rekindle their tag-team success. They defeated MNM in 2007 at the Royal Rumble. After some serious health problems, Matt Hardy returned to action in 2008. He took the United States title at Backlash in 2008. But things seemed to be changing for Matt Hardy.

He surprised a lot of fans when he hit brother Jeff with a chair at the 2009 Royal Rumble. He left ECW and signed with SmackDown again. His mixed career continued through 2009, fighting in tag teams with brother Jeff and with The Great Khali.

Matt Hardy attended the University of North Carolina-Charlotte and Sandhills Community College. He lived with Lita for some time and dated Ashley Massaro.

9 years ago admin1
No Thoughts on Matt Hardy Biography