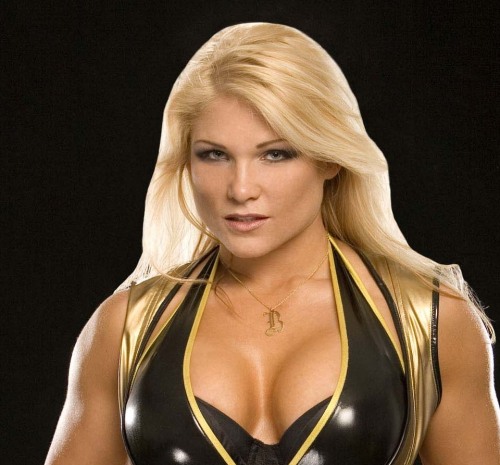 Born Elizabeth Kocanksi in 1980 (Elmira, New York) this wrestling celebrity has used a number of ring names, including Beth Phoenix, Phoenix, Firebird and Fabulous Firebird. She may also be found on the Internet under the name Glamazon or Glamarella. But no matter which name you use, this woman is a WWE diva who is associated with the Smackdown brand.

Phoenix actually started her wrestling career in high school as the only female competitor on the varsity squad. She was invited to the WWE training grounds in 2004. By 2006 she was part of the RAW roster. A broken jaw kept her out of action for more than a year but she did return to the ring in 2007. She has captured the WWE Women’s Champion title three times.

Phoenix uses a number of finishing moves and has adopted several signature moves. She won her first WWE title during the No Mercy pay-per-view event and took the title again in 2008. The third women’s championship came in April 2010. Just a few months earlier she took part in the Royal Rumble, only the second woman to do so.

Many fans don’t know that she won a coloring contest at the age of 11 and the prize was a ticket to a WWF television taping session. That started Phoenix on the road to her amateur and professional careers.

8 years ago admin1
No Thoughts on Beth Phoenix Biography